Periodontitis favours the development of diabetes. And people with diabetes also have a greater tendency to suffer from gum problems.

How do oral bacteria end up favouring diabetes, what is the mechanism that promotes it?

In people who have a higher risk of periodontal disease, a change in the microbiome that, as a consequence, causes an exaggerated immune response against these bacteria in order to destroy them.

In this response of the immune system, many toxic substances are released, such as inflammatory cytokines and free radicals that will ultimately be responsible for the destruction of periodontal tissues.

But this increase in proinflammatory substances does not “remain” in the mouth: it also occurs at the blood level.

Oral bacteria favour the increase of the same inflammatory substances that cause diabetes.

Specifically, three substances (tumour necrosis factor-alpha, C-reactive protein and Interleukin 6) can be raised that are closely related to diabetes, since they promote insulin resistance and pancreatic failure.

Therefore, the mechanism that favours a greater predisposition to diabetes in patients with periodontal disease would be the great inflammatory process derived from the disease, rather than the effect of the bacteria itself.

Also, people with periodontitis also tend to have higher levels of cholesterol and triglycerides.

Large epidemiological studies in the United States, Japan and Taiwan show that a patient with moderate-advanced periodontitis will have a higher risk of developing prediabetes or diabetes in the future. This has been proven for type 2 diabetes, but there is still not enough evidence about type 1 diabetes.

Also, if such periodontitis is not treated, it will have a higher risk of diabetes becoming uncontrolled and of suffering a greater number of associated complications, including increased cardiorenal mortality.

And vice versa, how can diabetes affect the health of the gums?

Because the hyperglycemia presented in patients with diabetes is related to an increased risk and severity of periodontal disease.

The worse glycemic control, the greater predisposition to periodontitis.

And it is that said hyperglycemia is responsible for the accumulation, both in blood and in different tissues (among which are periodontal) of the so-called “Advanced glycation end products” (AGE products).

Hyperglycemia has been shown to affect the gums greatly.

These are chemical substances that stimulate the release of inflammatory cytokines and free radicals, which destroy periodontal tissue.

Should a diabetic have to control their oral health much more? 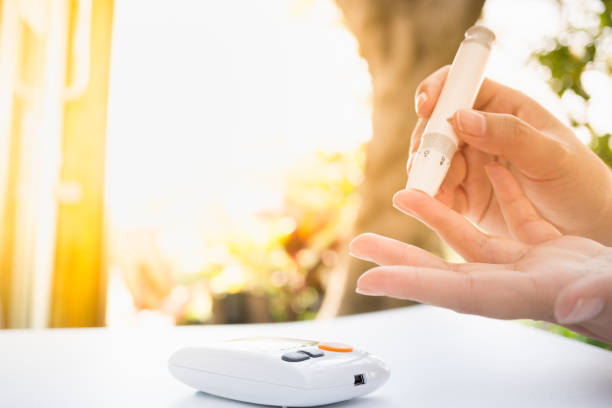 When the diagnosis of diabetes is made for the first time, the doctor should explain to the patient that, due to having diabetes, he has a greater predisposition to periodontal disease, and that the absence of treatment can have a negative impact on the control of his blood glucose, so a dentist must assess it.

If you do not have periodontal problems at that time, the dental professional will teach you appropriate dental and interdental hygiene techniques, perform professional prophylaxis and urge revisions at least once a year.

Going to the dentist should be part of the plan to control diabetes. The patient will face the symptoms if they may have periodontal disease:

It is also important that you know that if you are a smoker, your gums may not bleed in spite of having inflammation, so reviews confirming that oral health is maintained properly are essential.